Twitter is a great way to reach an audience.  However, it’s really hard to get to the first thousand people – the point where your content can drive organic growth.  So, I spent a couple weeks learning the ropes on Twitter and in just ten days I built up over a thousand relevant followers. 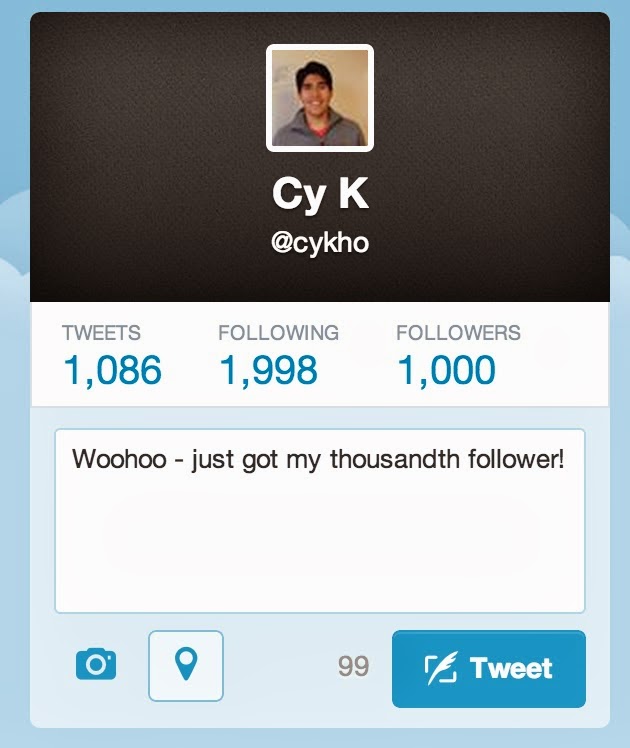 Each day I’d spend less than an hour on twitter  - following the simple five step process laid out below.  At the end of this process we were able to drive over 300 visits from complete strangers to seed Contastic's initial user base.

1 – Build Your Profile
This is your elevator pitch.  In 160 characters you need to explain who you are (one sentence) and what you’re doing (one sentence).  Each should be packed with the most eye-catching details about yourself that will make someone want to follow you.

2 –Follow Other's Followers
Following another user generates a notification for them and has a good chance of encouraging them to follow you back if it is relevant.  I identified a couple similar companies with significant followings and then would systemically follow 1-200 of their followers a day. Followers are ranked on Twitter chronologically, so each day you can through to see their new followers (at the top) and scroll down to find older ones.  I work top to bottom (newer followers are usually more engaged). 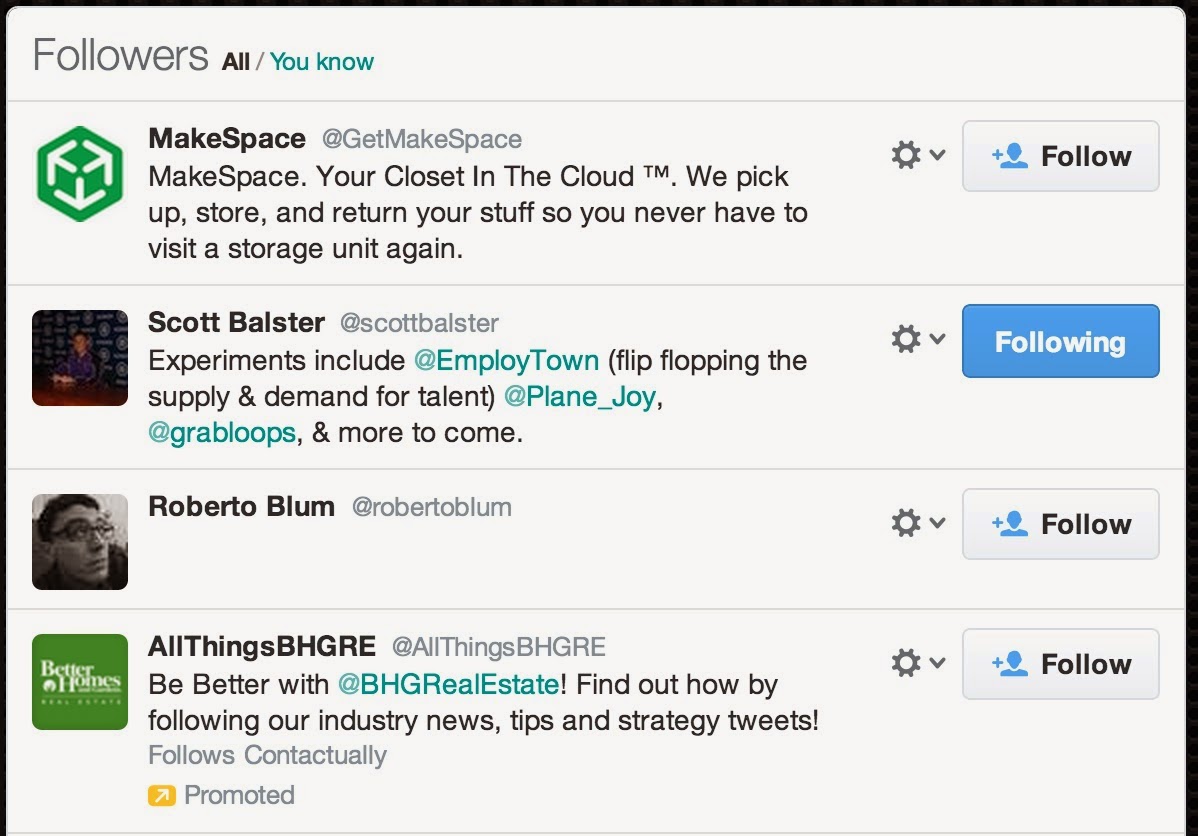 When you favorite someone’s tweet Twitter also sends them a notification.  This is another way to get on a user’s radar to generate a follow. TargetPattern is a great service that enables you to quickly favorite hundreds of tweets a day from relevant topics.  As a bonus their analytics are pretty good, so you can get a sense for which keywords drives the highest engagement. 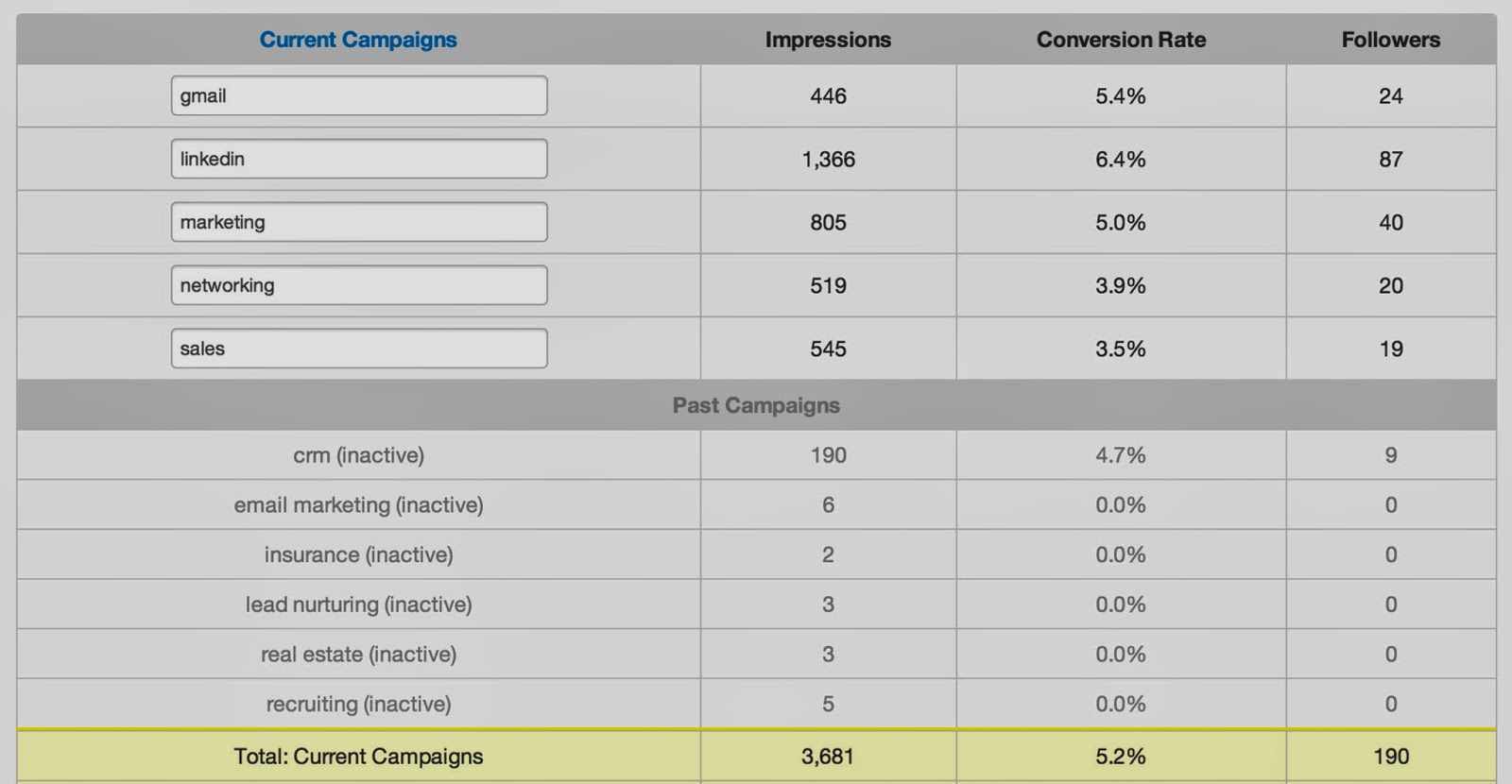 4 – Make Friends
Since we’re on Twitter to engage real people with our product (just just get a big number of 'vanity followers') it’s important to respond quickly to everyone that contacts you.  I ended up sticking with the web interface since mobile/secondary providers/email were very unstable and ended up in tweets being lost most of the time.

5 – Content
As you develop a real following your content becomes more important.  The name of the game is to generate content that others will share.   At the end of the day that is how you can grow your account from one to ten thousand followers.

Unless you’re already famous nobody cares about your opinion.  Focus on statistics, news or images. Generate value by curating or creating facts that your audience will find useful.  That’s what get’s widely shared (and grow your followers).  And even when posting as a company, follow the 9&1 rule – you need to tweet nine interesting general comments for each post about your company or product.

As you post be sure to strategically use @ and #.  @ will notify a user hat your tweet is about them – generating a higher chance of a share.  A # will go out to everyone following that topic – again generating more shares.   It’s especially important to focus on groups you belong to (Schools, Companies, Professional Organizations).  These groups are more likely to be supportive of you and share your content.

While Twitter sends notifications to users for most system activities (follows, favorites, @mentions), the intent is not to allow people to spam the entire system constantly.  So, when putting the steps into practice err on the side of patience rather than volume.  While the technical limit is  1000 follows per day, consistently doing that will certainly get you banned.  The reason this took me 10 days (without getting banned) was that I did just a bit every day – manually and organically building relationships.  For more see:

Also, once you follow 2000 people you won’t be able to follow anymore.  Use JustUnfollow to cull the list of folks who haven’t followed you back after a couple days. 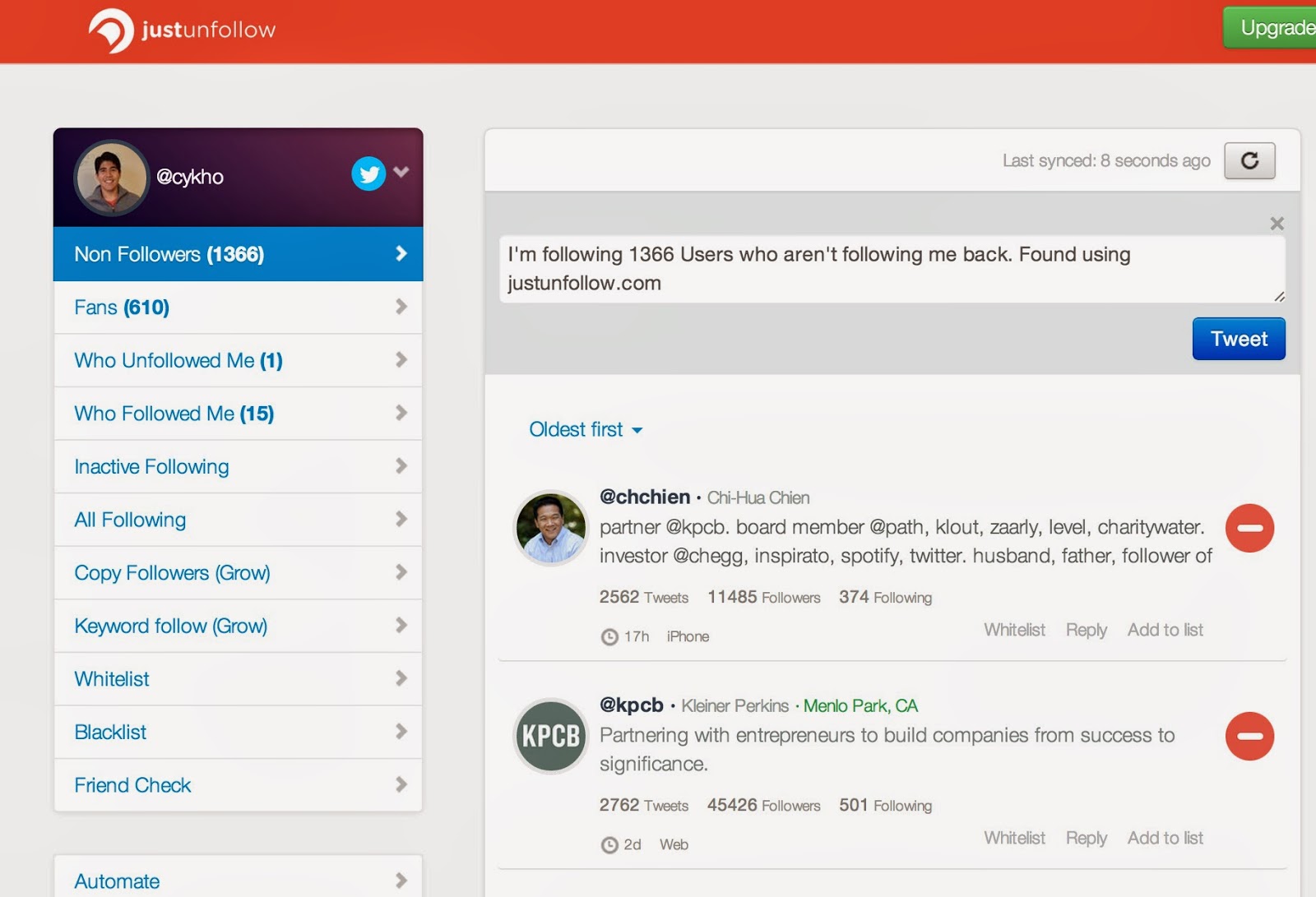